For much of my adult life, football and booze have been very closely linked.  Pints after 5-a-side on a Friday night, watching matches in pubs when a student who couldn’t afford sky sports (yet could always somehow afford pints), pints on a Wednesday night watching the Champions League and cans in front of the TV watching Match of the Day.  Having given up booze 21 months ago, I rarely miss drinking apart from when surrounded by friends with a big match on the TV.   Given this, I was particularly interested to read Bottled by Benjamin Roberts outlining the relationship between my favourite thing and the thing I’ve vowed to give up for ever.

Bottled looks at the complicated relationship between football in England and alcohol.  Roberts traces the remarkable influence that breweries had on the formation and early years of many well known teams.  It’s a side of English football history I haven’t seen covered elsewhere and sets the scene well for the inter-connection of the beautiful game and the demon drink.

In addition to this history, Bottled book covers a wide range of more recent teams and players.  Roberts examines the drinking culture at Man Utd as Ferguson arrived and the steps he felt were necessary to turn the club around.  He also looks at a number of high profile players who have been public in their struggles with alcohol including George Best, Paul Gascoigne, Tony Adams, Paul Merson and God himself, Paul McGrath.  Bottled also highlights the excellent work being done by many to help those players afflicted with addictions and the better steps being taken by clubs to encourage players to find help.  He also touches on the changes that helped to break the connection as Arsene Wenger et al. modernised football.

It’s clear that alcohol (and recreational drugs) played a huge role in all professional sports in the 70’s, 80’s, 90’s and beyond.   The state of Manchester United’s drinking culture when Ferguson joined is very similar to the state of the Chicago Bulls when they drafted Jordan in ’84.  It’s also hard to imagine any modern NFL team drinking or partying in the manner of John Madden’s Oakland Raiders.  I’d suspect English football’s relationship was likely much more widespread (every team drank a lot rather than just a few) and much more connected to the nation’s wider boozy culture.

As the book progresses, Roberts becomes a little bit more open about his own relationship with alcohol, seeing similarities in his own AA experiences and those of Merson, Adams and others.   This is a real strength of the book.  There is no judgement from Roberts, but he has clearly been inspired to write the book by his own love of football and troubled relationship with booze.

Overall, Boozed is a very interesting and readable examination of the relationship between English football and alcohol. 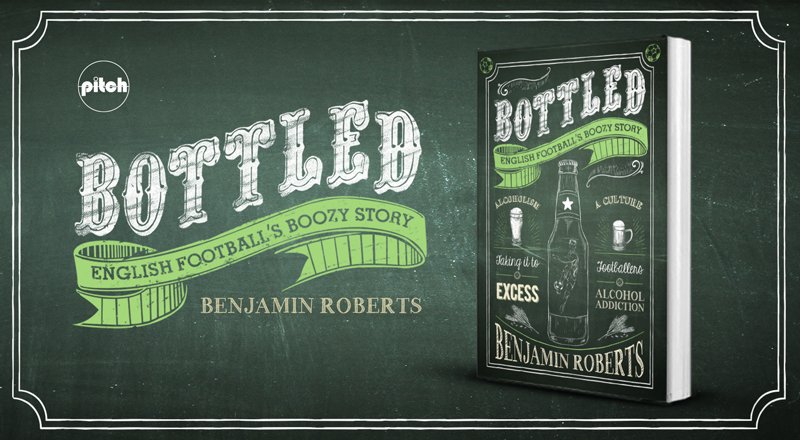