As a kid I was a Man United fan.  The day Eric Cantona retired I realised that wasn’t actually true.  I was a Cantona fan and any residual affection for United slowly waned until a few years later when I stop pretending I cared.   Cantona was that kind of player, one who could make a kid fall in love with a team and a sport simply by turning up his collar and chipping the goalkeeper.

250 Days chronicles the aftermath of the infamous day at Selhurst Park when Cantona kung fu kicked a Cyrstal Palace fan. The mercurial Frenchman had been man-marked closely all game and in frustration kicked his marker early in the second half.  As he made his way to the tunnel, he launched into the crowd, aiming a kung-fu kick at the chest of a taunting Palace fan.

It caused a sensation like no other in my 10 year old life to that point.  Even before the days of 24 hour Sky Sports News, it dominated news coverage for weeks as speculation mounted that the mercurial Frenchman would be fired, banned for life or imprisoned.  Ultimately, he ended up with a 250 day ban stretching into the following season.

The focus of the book is what happened during this period, and how it shaped Man United’s next period of success. United’s legendary manager Alex Ferguson saw an opportunity and Storey chronicles how both men used this time to help develop and inspire the rising generation of United players (the so-called ‘Class of ’92’). 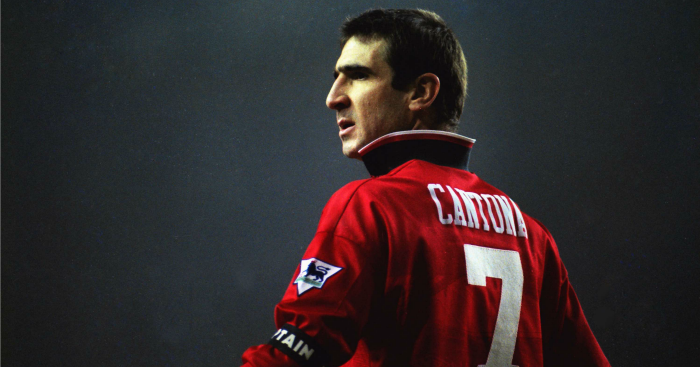 250 Days is a well written and entertaining account of this turbulent period in United history.  Storey blends together the accounts from the key figures into a compelling narrative and builds a very convincing case for his central thesis.  Cantona and Ferguson both emerge with significant credit for their ability to turn a potentially career ending attack into a positive experience binding player, manager and club closer together.

The books suffers slightly from the lack of original reporting – Storey has read and absorbed a huge amount of material covering United and Cantona during that time, but for those sad people, like myself, who have read more than half the bibliography, the book feels a little unfresh. If you haven’t read Gary Neville’s autobiography, Alex Ferguson’s autobiographies (please never read his later books – they are awful) and the entertaining Cantona on Cantona this probably won’t be a problem for you though!

Much like Storey’s previous book on Gazza’s time in Italy, the book feels too short for it’s price point.  Obviously this is the publisher’s decision rather than Storey’s but it does cloud the reading experience.  Storey is prolific in churning out incredibly high quality articles across a variety of publications.  I’d be very excited to read a full length book of his that shined fresh light on some similar aspect of 90’s football.  I’ve said a few times there I’d love to see an English language book on Sacchi’s Milan team in case he is looking for suggestions!

All in all, an entertaining read.