Skip to content
allsportsbookreviews Uncategorized, Wrestling / WWF May 2, 2018May 2, 2018 2 Minutes

There were brief periods of my childhood where I simply loved WWF – staying up all night to watch the Royal Rumble, refusing to fully accept it was scripted and staging highly dangerous wrestling matches with friends.  I don’t think I’ve seen 5 minutes of wrestling in the last 10 years or more.

Mick Foley’s Have a Nice Day launched a genre of wrestling autobiographies which many big name wrestler’s have been quick to cash in on.  There is something about these wrestling autobiographies that is just so entertaining  – the strange characters, the life on the road, the level of dedication needed to make it. And for me the nostalgia for how much I loved WWF once upon a time. 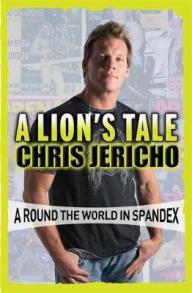 A Lion’s Tale is the first in a series of autobiographies by Chris “Y2J” Jericho – a major name in WWF for most of the last 20 years.  It covers his early life and his wrestling career right up to the point he joined WWF.   Jericho details the many hardships and hilarious moments he went through on his quest to be a well-known professional wrestler.

The book is the story of a childhood dream fulfilled.   Jericho’s career takes him from wrestling in front of a handful of people in tiny Canadian towns to Mexico, Europe, Japan, ECW, and WCW.  It is also a chronicle of life on the road, a young man finding his place and enjoying the fruits of that success.

It’s a quick and enjoyable read.  At times there are too many in-jokes, but I think I got most of the old movie and wrestling references.  The ghost writer’s style can be annoying, but he clearly trying to achieve a conversational and jokey style.  It makes for easy, but at times clunky, reading.

I liked that Jericho left the references to Chris Benoit unaltered in the book – it was published just around the time Benoit killed his family in a murder suicide.  It would have been disingenous to pretend Benoit wasn’t a major figure in his life and the book feels more honest for Benoit remaining a central character.

Its not at the standard of Bret Hart or Mick Foley’s books but its a worth the read for anyone interested in another look at the bizarre world of wrestlers trying to make the big time.  I’m undecided whether to read Jericho’s later books – while I enjoyed this, I think the journey to the top is much more interesting than what happens once you get there.