For the first time on this blog I genuinely don’t know what to make of a book I’ve just read.  Federer and Me defies categorisation. It’s part memoir, part love letter, part history of tennis’ tactical evolution, part travelogue, and part essay on the various forms ‘beauty’ can take.

The book traces Skidelsky’s obsession with Roger Federer.  In late 2006 / early 2007, Skidelsky went from being a lapsed fan of tennis generally to being a devoted fan of Roger Federer.   It’s an obsession in a mild sense not the ‘abandon your family to go see every match’ type.  Instead paying £800 to see Federer play the Wimbeldon final seems to be the main case of his fandom over ruling his common sense.

The book is Skidelsky’s attempt to trace this obsession that came on in his 30’s and examine why he loves Federer and why the love arose at this point in his life.

Bits of the book really work for me.  I quite enjoyed the tennis material – as a non-player but someone who watched a lot of tennis in the 90’s but now only ever really watches a bit of Wimbeldon, I was fascinated by Sikidelsky’s account of how the game evolved from the serve-and-volley error to today’s baseline based sport.

Some parts of the book however left me skimming through the pages waiting for the chapter to end.  In particular I could have done without the exploration of beauty which felt out of kilter with the rest of the book.

It feels like a very honest book and I suspect writing it served as a form of therapy for Skidelsky who is admirably candid about his own failings and the challenges he has faced.

Overall, the book is an interesting look at the concept of fandom – about how we form deep attachments to sportspeople who don’t know we exist.  The book made me reflect on my own childhood and teenage love of Roy Keane – so much so that I’m now rereading his two autobiographies.   Skidelsky’s descriptions of the pain of watching your chosen hero lose rings very true.  However, the sinking feeling of loss and despair is probably a lot more common for those of us whose main sporting love is Ireland’s international football team than those who follow the world’s greatest ever tennis player!

I like Skidelsky’s writing style a lot and found it a very quick and easy read.  I know I will definitely give a copy to a friend who played competitive tennis and loves Federer.  Outside of that niche however, I find it impossible to predict whether other readers will like it.

So overall an interesting, well-written, book that will work for some but may fell too self-involved and at times to esoteric for others. 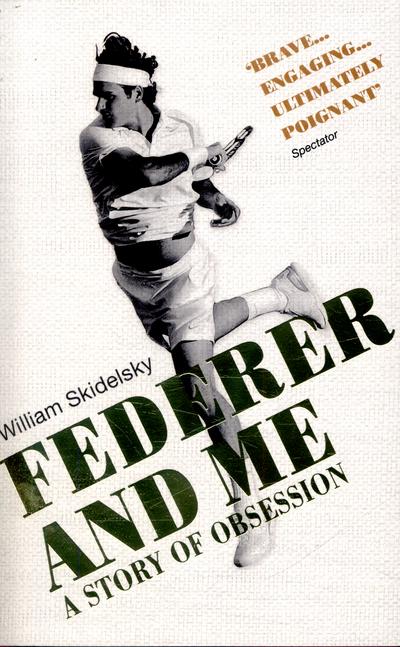