I’ve always liked Neville Southall – the legendary Everton and Wales goalkeeper who played into his 40’s.   By the time I was a football obsessive 8 year old, he was already in the later years of his Everton career and the team were a long way away from the League and FA Cup winning teams of the mid-80’s.  Southall appeared to be a throwback to an earlier era as football became increasingly commercially driven.

The Binman Chronicles is a fairly standard ex-footballers autobiography.  It follows an old-school format of focusing heavily on his playing career and, after covering his early years and how he got into professional football, chronologically detailing season-by-season.   The book reads in Southall’s voice but the book could have done with tighter editing with a bit too much repetition – every off-season was boring, he doesn’t like holidays, just loves playing football etc.  It feels too much like interviews with Southall were transcribed directly rather than a ghostwriter editing to capture Southall’s voice and story.

While the book can at times be a bit bland, Southall himself is an interesting character – as anyone who follows him on twitter will know.  Arguably the best goalkeeper in the world during the mid-80’s, he never pushed for big money or a glamours move abroad. A tee-totaller but a piss-taker, he seems to have somehow been both a loner and a senior figure in the Everton dressing room.  Never one to follow the crowd, Southall wears his differences as a badge of pride and seemed to have totally resisted any pressure/temptations to be ‘one of the lads’.   There is a limited amount of detail on his own personal life – apart from his love of Wales and his daughter – but he is ultimately open about his failings and his affairs during his first marriage.

From a footballing perspective, any Everton or Wales fan will be fascinated by the insights into those teams at the times Southall played.  He is open in both his praise and criticism for coaches and fellow players – he has warm words for Howard Kendall and Joe Royle despite some pretty negative experiences with both them, bit is damning in his criticism of Mike Walker’s ill-fated time as Everton manager.   For those who are too young to have experienced English football in the 80’s, the book paints an interesting picture of Everton’s rise to rival Liverpool without really detailing what exactly led to the remarkable improvements during Kendall’s first spell in charge – it seems simply have been better players and good man-management.

I would have enjoyed more about his present work which involves teaching troubled young people.  His own early struggles in education seem to help him build relationships with those who are struggling to find a place in society.  It’s clear that Southall has found a passion that rivals football and is committed to helping. 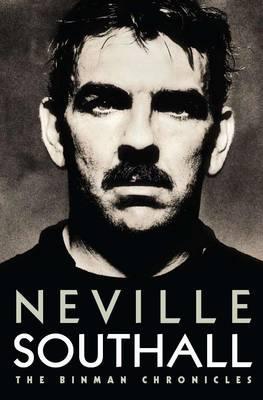