There are some books I know that I will love before even opening the first page.   It’s a combination of the subject, the writer (or ghost-writer), the look of the book, and sometimes the marketing.  Fighter was one of those books and it more than lived up to my lofty expectations.

Former World Champion boxer Andy Lee is the same age as me and spent his teenage years living in my home town, Limerick.  I’ve followed his career pretty closely since the Athens Olympics and stayed up late to stream many of his fights in the US.  At times, Lee’s career went under the radar for the average Irish sports fan as he fought in the US more often than not.  However, in recent years, his incredible knock out against Julian Jackson went viral and his World title win against Korborov was widely celebrated in Ireland.   Lee has also become an incredibly well-liked pundit and commentator on Irish radio, TV and podcasts.

Lee’s story is fascinating.  A gypsy kid who fought in the Olympics before linking up with one of the greatest boxing trainers of all time.  A white Irish kid who became a key figure at the Kronk gym in Detroit.  A boxer who came back from two heartbreaking defeats to finally claim a world title.

Lee’s relationships with his gypsy heritage, with his boxing ambitions, with Emmanuel Stewart, and with his wife Maud, shape his story.   His relationship with the legendary Stewart in particular is fascinating as I had no idea just how close they were.

As Lee acknowledges himself, in boxing defeats are often much more interesting than victories.  Unsurprisingly, the story of his first two defeats and the shattering impact they have on his career progression are fascinating.  The book brilliantly captures the life of a prize fighter, the ups and downs, and the insecurities where every decision in a fight could lead either to victory and riches or to defeat and disaster. Lee’s story however is ultimately a triumphant one as he is able to retire still young and healthy having achieved his greatest career ambition.

Fighter is a beautiful book.  Firstly to look at – the incredible black-and-white cover picture evokes all of the emotions of a prize fight.  It’s equally beautifully written with chapters drifting seamlessly between Lee’s story and his innermost thoughts on boxing and life.  Niall Kelly has done an incredible job in shaping Lee’s story and capturing his voice.

I absolutely adored this book.  I simply cannot recommend it highly enough. 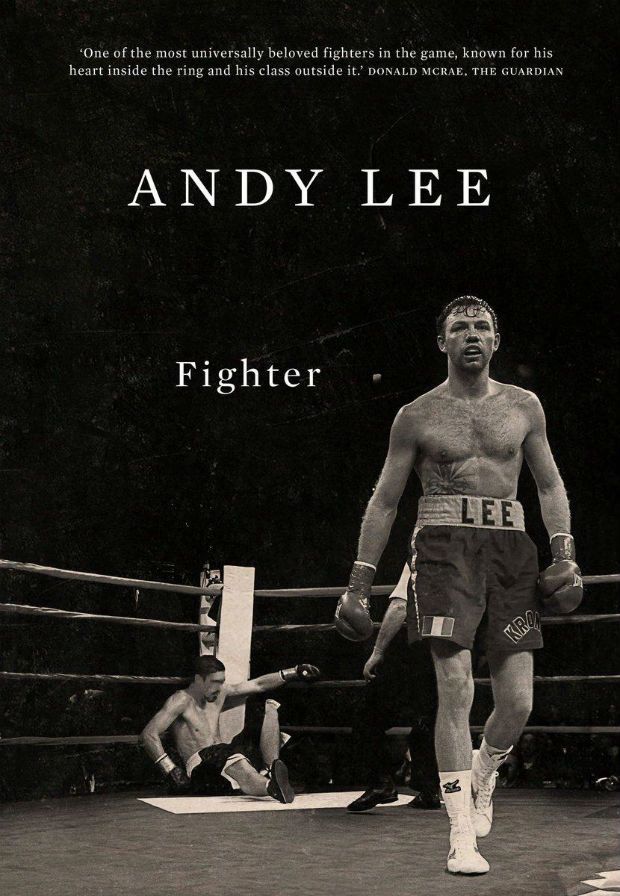