I’m not sure spoilers are a thing for non-fiction books, but this review feels a bit spoilerish to me.  Ultimately, it’s impossible to talk about the book without reflecting on what happened the young players in broad terms.  If you want to read the book with absolutely no knowledge of what happens, just know it’s well-written and tells an important story.  Well worth picking up.

The Away Game tells the story of an attempt by Qatar to undercover the next Leo Messi by searching for hidden gems of potential in Africa.   In 2007, Josep Colomer, a former youth coach at Barcelona, was hired to organise trials for 13 year old boys across Africa in what the book describes as the largest sports talent search in history.  Those successful at trials would be brought to Qatar to train in the Aspire Academy with the ultimate aim of becoming a professional footballer.

Abbot zooms in on a few select players with seemingly endless potential and details their journey from local trial, to the Aspire Academy and beyond. At first glance, it appears to be a story of hope and opportunity.  Abbot lure the reader in with this hope, and almost expectation, given how talented the players appear.  Unfortunately, it soon emerges that this isn’t a story with happy endings.  Initially, I felt annoyed that the book had led me on, but I suspect this was a deliberate choice to mirror the journey the players and coaches travelled of unrealistic hope ultimately being crushed by the realities of life and modern football.

So why did it not work out?  Most obviously, the players simply were much older than they claimed and therefore not phenom 13 year olds but decent 17 or 18 year olds.  Secondly, the inability for the Qatari’s to use the players in their national team following FIFA rule changes, clearly dampened some enthusiasm for the project.  The ends arguably no longer justified the means for the Qatar backers if it couldn’t ultimately bring glory to the state.

I really enjoyed the book and it tells an important story about exploitation in youth sports on a global level.  Abbot presents these young men as individuals with their own personalities and dreams whose  own happiness matters, not just pawns in the global business of football.  Ultimately, they all take different paths with various degrees of heartbreak along the way.

The coaches and others who run the Football Dreams aren’t painted as villains however.  They seem to believe in their mission and are passionate about developing players. I felt Abbot may have been a bit gentle on the ultimate backers of the programme (the Qatari state) but that may been journalistic reserve to not infer negative motivations that aren’t provable.

The Away Game is  well written and highly readable.  There is probably a bit too much repetition of the players backstory each time they are reintroduced which is unnecessary if you read the book in a reasonably short period of time.  Notwithstanding this, it grips you from beginning to end as you root desperately for the players despite knowing ultimately the Dream is unlikely to come true. 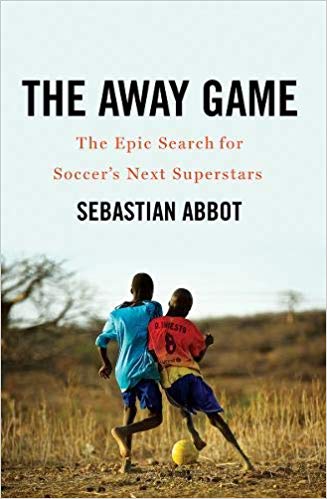