All-American Murder is a rare non-fiction book churned out by the world’s best-selling author/book-factory James Patterson.   It tells the tragic tale of the late Aaron Hernandez, the young New England Patriot tight end who was found guilty of murder and eventually took his own life in prison.

Hernandez story is a tragic one.  It ultimately is the story of a young man who never recovered from the loss of his father and made terrible violent choices.  It may also be another piece of evidence on the growing story of the brain damage caused by constant hits being taken by American Football players.   His behavior was bizarre and paranoid and this aspect of the story merits further exploration in time.

Reading the book, I was left baffled by Hernandez’s decisions.  Was he really as stupid as his behaviour seems, was he already brain damaged, or was he so damaged by his father’s passing and so used to being lauded as a hero that he lost the ability to understand that actions have consequences?  Ultimately these questions may never be answerable.

The book reads like a mix of newspaper reporting and Patterson’s trademark style of short sharp chapters that finish with a hook to make you want to keep reading.  While this works well for fiction, it dilutes the quality of a non-fiction book for me – putting storytelling above the story itself.

At times there is a fair bit of speculation – for example, the authors appear convinced that Hernandez was also guilty of an earlier double murder for which he was acquitted.  The book appears to be heavily researched – it certainly goes into a lot of detail about characters motivations – but there aren’t any sources cited in the book, which is always a concern with non-fiction.  However, looking online, Abramovich has commented about the extensive levels of research, interviews and FOI requests that fed into the book which is good to see.

Ultimately, this feels more of a true crime book than a sports book.  It’s easily readable but not an easy read given the events.  There is probably a more in-depth analysis of Hernandez and the relevance that his brain injury had to be written with the benefit of more time passing but as an act of reporting and story-telling, this book is pretty good. 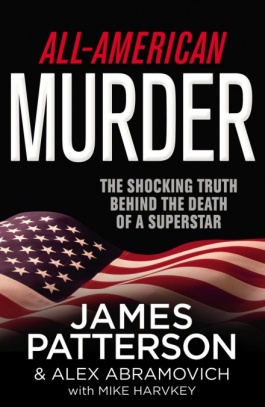