This is a review of the new US edition of Jacobs Beach published by Hamilcar.  The original book was published in 2010.  Some online reviews of earlier versions refer to factual errors but it appears to me that any of these have been resolved in this new US edition.

For me, King of the World by David Remnick first illuminated the shady world of gangsters and crime that lay under the surface of professional boxing.  Since reading Remnick’s masterpiece and Nick Tosches Night Train, I’ve always been fascinated by the underbelly of professional boxing’s past and felt that a true history of the fight game can only be one which considers this underbelly in depth.

Jacob’s Beach sets out to tell the story of the behind-the-scenes powers in boxing in the USA (and effectively the world) from the 1930’s onwards.  It covers boxing’s golden era when top fighters were global figures and title fights commanded universal public attention.

The book centres around Madison Square Garden and the powers that controlled that fabled arena. Jacob’s Beach refers to a famous strip of pavement across the road from Madison Square Garden, the home of a legendary ticket tout named Mike Jacobs.  However, the real villain of the piece is Frankie Carbo, a mobster who dominated professional boxing for years.  The level of corruption is still shocking to see in black-and-white, from fixed fights to blacklisted managers and the right connections being far more important than right hooks.

If Carbo is the main villain, the book’s hero is the unlikely figure of US Senator and failed Presidential candidate Estes Kefauver.  The Senator’s attempts to shine a light on corruption through public hearings was the first serious dent on the mobs ability to operate in the shadows.  Ultimately, mob influence would fade as the spotlight on their activities grew brighter.

Mitchell holds no punches throughout the book with scathing comments on a whole range of characters. He is particularly scornful of the boxing writers who were on the take and wrote stories to suit their mob paymasters.   Mitchell also seek to skewer a few myths, in particular the Hollywood narrative of James ‘Cinderella Man’ Braddock.

Mitchell, perhaps unconsciously, appears to mimic the stylised writing of the legendary golden era boxing writers (of whom the book is sometimes scathing).  At times it reads like sections of the book were written in a previous era, with a punchy and colorful style, but they are written well and always an interesting read. The book zooms in and out on various characters and I found I naturally consumed it in bitesize chunks.

All-American Murder is a rare non-fiction book churned out by the world’s best-selling author/book-factory James Patterson.   It tells the tragic tale of the late Aaron Hernandez, the young New England Patriot tight end who was found guilty of murder and eventually took his own life in prison.

Hernandez story is a tragic one.  It ultimately is the story of a young man who never recovered from the loss of his father and made terrible violent choices.  It may also be another piece of evidence on the growing story of the brain damage caused by constant hits being taken by American Football players.   His behavior was bizarre and paranoid and this aspect of the story merits further exploration in time.

Reading the book, I was left baffled by Hernandez’s decisions.  Was he really as stupid as his behaviour seems, was he already brain damaged, or was he so damaged by his father’s passing and so used to being lauded as a hero that he lost the ability to understand that actions have consequences?  Ultimately these questions may never be answerable.

The book reads like a mix of newspaper reporting and Patterson’s trademark style of short sharp chapters that finish with a hook to make you want to keep reading.  While this works well for fiction, it dilutes the quality of a non-fiction book for me – putting storytelling above the story itself.

At times there is a fair bit of speculation – for example, the authors appear convinced that Hernandez was also guilty of an earlier double murder for which he was acquitted.  The book appears to be heavily researched – it certainly goes into a lot of detail about characters motivations – but there aren’t any sources cited in the book, which is always a concern with non-fiction.  However, looking online, Abramovich has commented about the extensive levels of research, interviews and FOI requests that fed into the book which is good to see.

Ultimately, this feels more of a true crime book than a sports book.  It’s easily readable but not an easy read given the events.  There is probably a more in-depth analysis of Hernandez and the relevance that his brain injury had to be written with the benefit of more time passing but as an act of reporting and story-telling, this book is pretty good.

“As time passed, Sonny stayed in the conversation but not as an icon on his own. Eventually he became part of other people’s stories. He was the springboard for Ali, the model for Foreman, the guy who always scared (but not faced) Frazier”

Charles “Sonny” Liston was the 25th of 26 kids who grew up with no birth cert and no prospects.  Boxing became his escape, albeit temporarily, from a life of crime that saw him serve time in prison for assaulting a cop.  His career was dominated by  mob control and overshadowed almost entirely by the emergence of Ali, Foreman and Frazier.

Liston is best know for two things – quitting on his chair in Ali-Liston 1, and being the guy on the canvas in the iconic photo of Ali from Ali-Liston 2. A life defined by defeats rather than the tale of a desperately poor, illiterate kid who became World Champion. A life defined by where he fits in the narrative of other, better remembered figures. 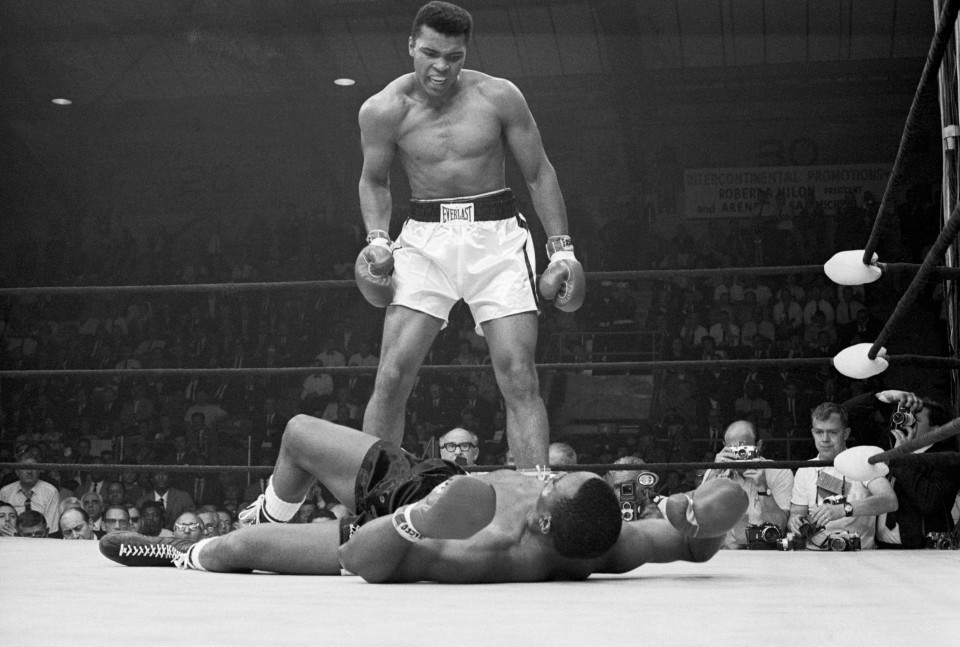 I was fascinated by Liston from the first time I saw the classic photo.  I grew more interested when I first read the wonderful King of the World by David Remnick. It led me to Night Train by Nick Tosches which I adored as a teenager for its dark moodiness (whether it holds up particularly well, I’m eager to find out).

Recently published, The Murder of Sonny Liston is part sports book, part true crime, part conspiracy theory.  It looks back at Liston’s life primarily through the time and place – Las Vegas in the early 1970s – of his final few years and the (potential) mystery surrounding his death. Las Vegas is as much the central character as Liston is and the two seem perfect for each other. Assael paints a picture of the various low level mobsters and the even more intriguing cops who tried to either stop them or join them. The book, partiularly the first third, oozes noir – the setting is dark, gritty with the smell of booze, sex and drugs almost wafting through the pages.

This is a mini biography of Liston with a bit about his childhood and more of a focus on the later years of his career – particularly post his fights with Ali. Reading this book without the Liston backstory might leave you a little short as to where he fits in to American life at the time. Assael covers the key points – his lack of a birth cert, his poor education, his status as the ‘bad guy’ morphing into the ‘not as bad as Ali guy” (for white America at least) “trouble-making black man”.  Liston’s mob connections are touched on but the book doesn’t get into detail on how Liston, and much of boxing, ended up controlled by mob.

This picture of Liston’s later years is depressing.  Yet in some ways, Liston had it better than many of his fellow retired prizefighters did. He had a nice house, a wife who tolerated his misdeeds, and he appeared to still have his faculties. He undoubtedly was cheated out of plenty of money, but he didn’t become a shambling wreck despite continuing to fight until he was nearly (probably) 50. 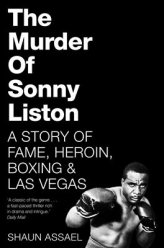 Overall, The Murder of Sonny Liston, is an enjoyable and entertaining read which loses is way in the final third.  It works better when its about Liston and Vegas than when its about The Murder. There is more on Ali’s return to boxing post suspension than there needs to be, but its always entertaining to read about Ali.

Ultimately the book becomes more crime than sports orientated. As suggested by the title, it becomes more about a death than about a life. The speculation mounts as to whether Liston was actually murdered rather than died of natural causes. Assael builds an interesting but not totally convincing case and lays out the prime suspects.  There is no ‘aha’ moment, no realisation of overlooked evidence.  Just the grim reality that Liston appeared on an inevitable path towards a dark ending.

Some of the conspiracy theories are probably too readily accepted – I just don’t believe the Nation of Islam promised Liston a cut of Ali’s future fights if he threw their second bout.

By the end of the book, its hard not to feel that Assael is more interested in the cops and drug dealer tales from 70’s Vegas than he ever is in Sonny Liston. Even in a book about his death, Liston still becomes simply a part of other people’s stories.