Simon Kuper once got me a job.  I’ve never met him and he doesn’t knew who I am.  His move from sports writing to general pontificating for the Financial Times, however, saved me when I lied in a job interview about reading the FT everyday and was challenged to name my favourite FT writer.  My knowledge of obscure new FT columnists, I was told afterwards, apparently proved my keen interest in financial news and pushed me over the competitors.

But before he was an esteemed columnist, Simon Kuper was a backpacking globe-trotter in his early twenties who managed to write a classic sports book along the way.  Football Against the Enemy is regularly cited on lists of greatest sports books of all time.  It fully deserves the praise.

Kuper traveled around the world on a shoestring budget meeting football people of all stripes and sizes.  From players and managers, to club officials and ordinary fans, Kuper unearths a story in each country that says something profound about the way football influences that society and how that society influences its football.

Written in the early 90’s he book captures a very particular time, both in football and in politics.  I first read Football Against the Enemy a couple of years after it came out when I was 13 years old.  It blew my mind.  It introduced me to a wider football world I really barely new existed – Barcelona as a symbol for Catalonian independence, that clubs called Dynamo all had KGB connections, and so so much more.  The scope of the book is incredible, with 22 chapters covering countries across the globe.

Re-reading it this week, it shocks me just how much impact this book had on my sports reading over the years.  It opened my eyes to sport as sociology, politics and history.  It is probably impossible for me to give an objective review of this book, and I don’t want to do that.  I mainly want to express my love for it, the feeling of discovery it gave me and my joy at reading so many of the books it clearly inspired.

Football wise, the book captured a time before the total and complete globalisation of the game/world.  Local attitudes and cultures could still impact the way the game was played more than today.  Society wise, he in particular captured the new era of independence among many Eastern European countries.

Simply put it is a remarkable book that captures the essence of what football means in many different parts of the world.  Its a book of its time and place that tantalisingly introduces scores of topics that deserve (and many now have) books in their own right.  Hard to believe that when Kuper was in Barcelona there hadn’t been a serious work published about the club in 20 years – now I plan to do a post on the 7 or 8 books on FC Barcelona I’ve read myself!

For those interested in more background, Kuper recounts the making of, and the initial reaction to, the book excellently in a podcast interview for “Between the Lines” podcast which is well worth checking out. 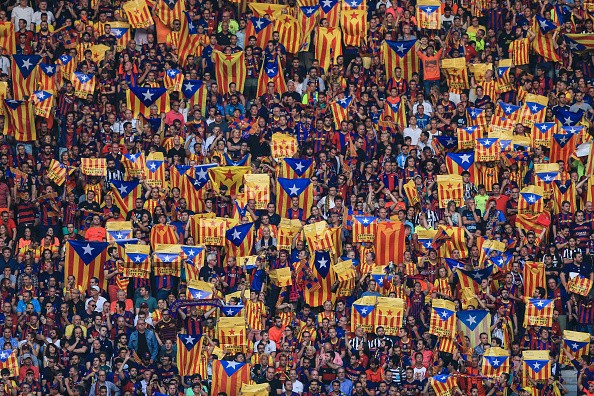