It is a very rare gift to turn your hand from being a defining voice on foreign policy to writing truly great sports books.  Possibly as difficult as winning 5 Super Bowls. In terms of achieving their own personal greatness, Halberstam and Belichick make a perfect match.

Written in 2005, The Education of a Coach is not a simple biography of Belichick.  It is first and foremost a Halberstam book – it jumps around in time and place, it digs deep into his family history and contains chapters that would stand alone as superb and insightful magazine profile pieces. 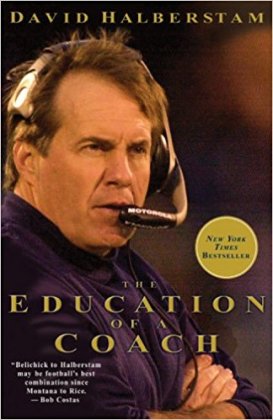 The title is apt – Halberstam primarily seeks to understand how Belichick was formed as a coach.  Its a focus on a him as a person and coach with less discussion on the impact that Belichick had on the game of football than you might expect.

What emerges is a portrait of a singular man who wants to be the best coach he can be. He emerges very much as his father’s son, having begun his education at a young age at his father’s side. Steve Belichick was a legendary scout and coach who proved the perfect role-model for his son. As Halberstam himself notes, it is a book about two journeys; the Belichick family’s journey into the centre of American life after their arrival from Croatia and Belichick’s own journey to the top in the world of professional football.

Other key influences on Belichick were his friendships with fellow football obsessives, in particular his long time assistant coach Ernie Adams. Halberstam captures something that Belichick learned from each of the coaches he worked with. In particular, his complex relationship with Bill Parcells is analysed with the senior Bill emerging in my less favorable light.  The book only begins to look at his success at the Patriots in the final 2/3rd’s – as by then Belichick had learned the lessons that would help him achieve such great things.

It is a relatively short book – less ambitious in scope and length as Halberstam’s basketball masterpieces.  As with all of Halberstam’s books, it is superbly well written, incredibly easy to read and thoroughly enjoyable. It leaves with a real sense of a man  obsessed with his sport and destined to be successful.   Halberstam clearly likes his subject, but the book feels like a fair and honest telling of how Belichick became Belichick.

It is hard to overstate the level of Belichick’s achievement.  Its rare the coach (or person) that merits a significant biography who then continues to achieve great things for more than 13 years after that biography was published.  In terms of seminal achievements, only Sir Alex Ferguson springs to mind.

There is another great book to be written capturing the greatness of what Belichick has ultimately achieved at the Patriots.  The Education of a Coach was published in 2005 after Belichick and the Patriots had won 3 Super Bowls in 4 years.  In an era where the sport was designed to prevent dynasties, the odds on the Patriots remaining at the top of their game post 2005 must have seemed low.  Yet, as we all know, Belichick would go on to reach 5 more Super Bowls (so far), winning 2 of them.  The Education of a Coach is a highly recommend starting point for anyone seeking to understand Belichick and the Patriots.

Any recommendations on later books on Belichick would be greatly appreciated. And if you enjoy this, do seek out all of Halberstram’s other great books. 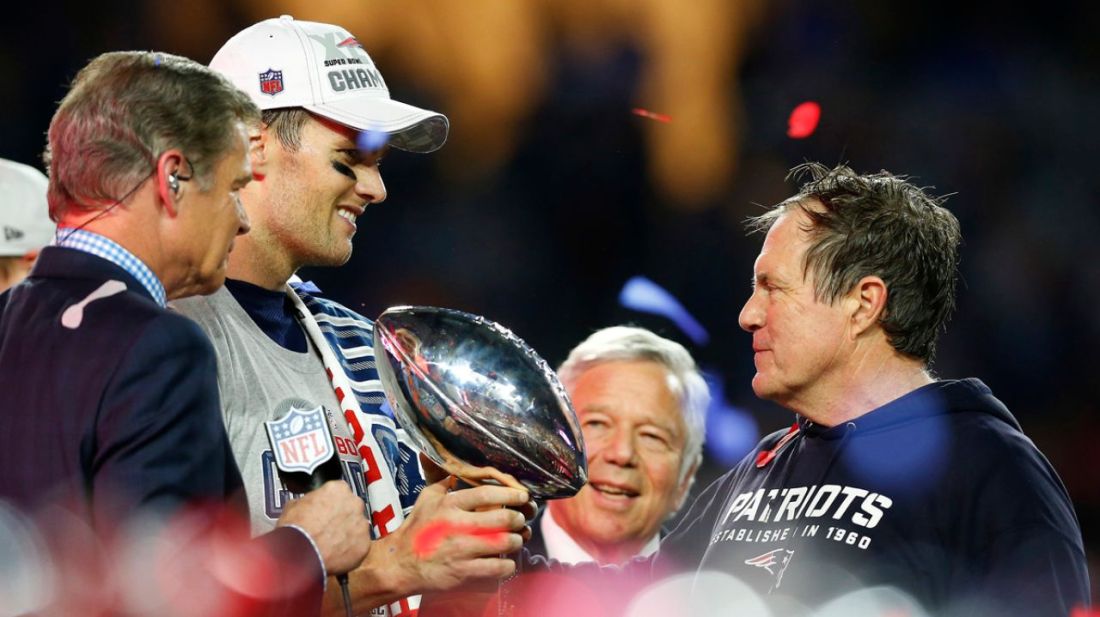