“The luck of having these three fighters in one place at one time is undeserved, of course.  Any one of them – Muhammad Ali, Joe Frazier or George Foreman – should have been bonanza enough.  But all three? Together? Just then? Well, now we have the makings of a book”.

Bouts of Mania by Richard Hoffer examines the Golden Age of heavyweight boxing – the period from 1970 to 1975. Ali was on the comeback trail and Joe Frazier and George Foreman were ready to stake their claim for the title.  Hoffer places these 3 boxers, and their 5 great fights, at the centre of American life during an incredibly turbulent period. 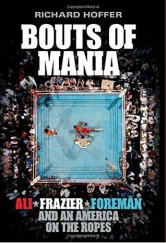 Ali overshadows everything else in the book – which is only fitting as Ali overshadowed everything he ever came into contact with. As the public mood turned against Vietnam, Ali, previously public enemy no. 1, became a hero for large swaths of the American public.  Always a star, he became a cultural icon of his generation.   While becoming major celebrities in their own right, Foreman and Frazier’s boxing careers would (at least until Foreman’s comeback in his 40’s) be largely defined by their fights with Ali.

The book’s cover compares Hoffer’s work to King of the World by David Remnick – a bold claim, but one that isn’t too far wide of the mark.  Bouts of Mania benefits from its narrow focus. It touches on the need for entertainment at a time of national decline (in the US) but doesn’t overly dwell on, or try to force, linkages between the fighters and their time.  Knowledge of Ali’s backstory is largely assumed, with the backstories of Frazier and Foreman expertly weaved through the narratives of the 5 fights.

A clear difficulty for Hoffer, writing around 40 years after the main events in the book took place, was that so many of the protaganists are no longer with us.  This meant his interview list was much shorter than would have been the case for books written in the 90’s and 2000’s on these fighters.  I suspect this limitation contributed to a greater emphasis on Foreman, who he could interview, and this is a real strength of the book.  The image of the menacing young Foreman racked with self-doubt is fascinating as is the contrast between Foreman then and the more lovable Foreman of later years.  There were some avoidable minor factual errors (like claiming Ali fought a hometown favourite when in Dublin) but these are few and far between. 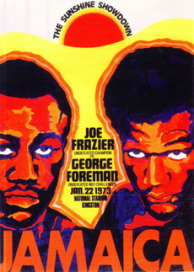 Hoffer is more critical of Ali than many writers – with a lot of focus on how he mistreated Fraizer.  This is no bad thing as it is easy to overlook the troubling side of Ali’s behaviour.  Hoffer’s description of how America felt about Ali at the time of the Atlanta Olympics is very interesting – it’s the first moment I remember being exposed to Ali aged 12 and being bemused by the exceptional level of sentiment.  Hoffer captures perfectly the sense of people in some ways rediscovering their affection for (as opposed to fascination with) Ali at a time when he had become as much legend as a real person.

Bout of Mania is written in a fast paced, engaging and entertaining style.  It captures the tension and excitement of the fights and the strange atmospheres as the Ali carnival hit countries of all types.  Hoffer paints a vivid and memorable picture of the fighters as well as the context in which they fought.

Overall this is a very enjoyable read and a welcome addition to the ever growing library of books that centre around The Greatest.  It seeks to give some much deserved attention to the legacies of Foreman and Frazier, without whom Ali’s greatest days could never have happened. 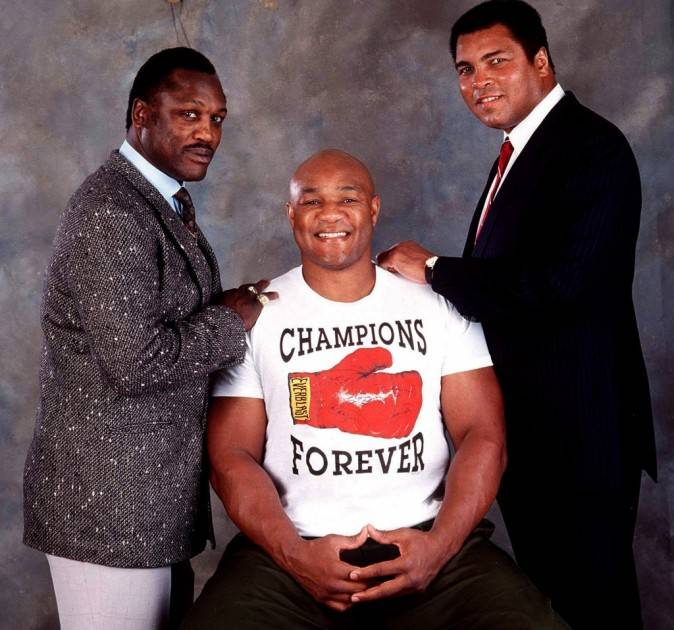