“Virtually his entire playing career – over twenty years – was spent not just at the top, but at the very top of his profession.  He never stepped down from that summit.  And whatever he touched in the footballing world turned to gold”.

Ferenc Puskas sits alongside Alfredo di Stefano in being widely regarded as the best player in the pre-Pele football era.   His achievements were remarkable – as well as being a top player right up to his 40th birthday, he played in two of the most famous (non-World Cup) matches ever to take place on British soil, captained arguably the greatest international football team never to win a World Cup (Cruyff might have disagreed) and even coached Panathinaikos to the European Cup final. Add in 83 goals in 84 internationals, an Olympic gold medal and the fact that the FIFA Goal of the Season award is named after him, and you get some sense of his accomplishments. 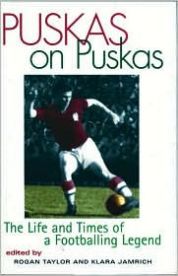 Puskas on Puskas is an oral history of Puskas’ career, told mainly in his own words.  Taylor and Jamrich supplement Puskas’ own memories with those of his contemporaries – players, coaches, administrators, and journalists.  These reflections are supplemented by the editors providing an overview of the times Puskas lived and played in.  It’s an interesting and informative approach to telling the story of Puskas, the Golden Squad and Hungary under Communist rule.

Puskas comes across as a lively, charming and determined figure. Away from football Puskas was a master smuggler, political rebel and not afraid to speak his mind. On the field he was not just a world-class player but also a charismatic leader, a committed team-mate and a tactical innovator.

Puskas starred in some of the most famous matches in history beginning with the England-Hungary 6-3 match of 1953 that is often (wrongly) portrayed as England’s first ever defeat on home soil (that honour goes to Ireland following a 2-0 win in 1949).  He also played in the controversial 1954 World Cup final (the so-called Miracle of Berne) where West Germany improbably inflicted the only defeat Hungary would suffer over a 6 year period with some help from the British ref and linesman.  If that wasn’t enough for one man, he scored 4 goals in the famous 1960 European Cup final in Glasgow, which saw Real Madrid beat Eintract Frankfurt 7-3 to win their 5th straight European Cup. 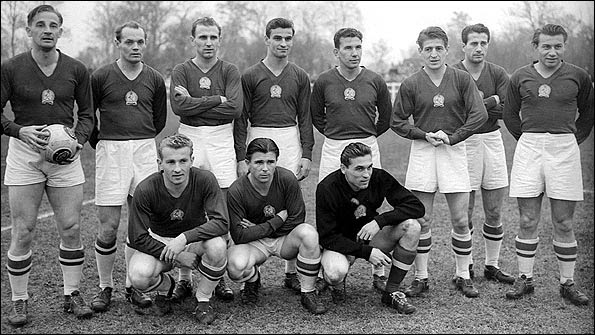 The book, brings to life not only the achievements of the players but also the tactical innovations of the Hungarian team and the challenges of the totalitarian regime that controlled the country.  Puskas recognised and exploited the power he had, certainly before the 1954 World Cup, in a team which the Communist authorities were eager to use to demonstrate the superiority of the “Socialist Man”

There a few hints that we don’t see every side of the man – certainly some of the British players interviewed suggest he may have had a wandering eye.  But the book doesn’t claim to be a comprehensive biography – rather is an oral history told mostly in the great man’s own words.

What makes the book a real treasure is the lack of other English language comprehensive books on Puskas – Taylor and Jamrich did a superb job in capturing the great man’s memories and using them to pull together an entertaining, informative book that is a fantastic read. 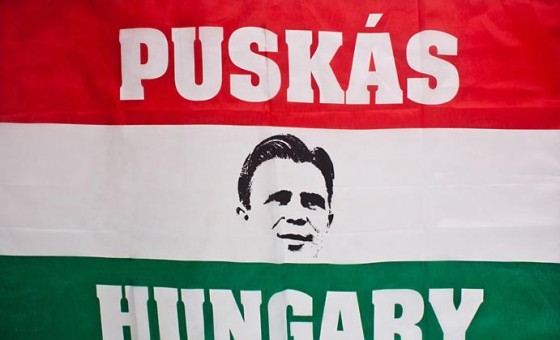