Tiger Woods is the second collaboration by Benedict and Keteyian following on from their very enjoyable deep dive into US college football in The System. 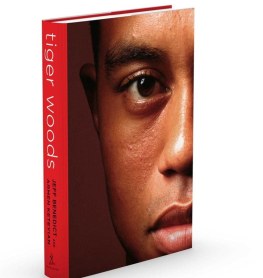 This book is a comprehensive, well researched, biography of the most famous sportsman on the planet.  Building on over 20 previous books and countless thousands of magazine profiles, the authors tell the comprehensive account of the rise and fall (and maybe redemption?) of Tiger Woods.  Woods impact on the game of golf is obvious and well known but his own personal story hasn’t before been told so comprehensively in one volume.

The advance coverage of the book focused on stories of Tiger’s notorious cheapness and rudeness.  In the book, Tiger comes across as a fascinating, if largely unlikable individual – but you get the feeling that the authors have attempted to be fair to Woods.

The book shines a light on the toxic influence of Tiger’s father Earl – the missed childhood as he focused on golf, the willingness to cut people out of his life on his father’s say-so and Tiger’s eventual mirroring of his father’s worst habits.  Tiger appears as a very intelligent introvert who would have been much better served without Earl’s constant boasting that he was going to change the world.  His difficulties with keeping long term relationships – largely through his own neglect of other’s emotional needs – makes me somewhat sympathetic for Tiger who clearly needs affection yet sabotages every important relationships in his life (bar his mother).

Tiger’s focus and perfectionism are fascinating.  To be able to deal with the hype of being the highest rated and most scrutinised player immediately upon turning pro.  To seek to rebuild his swing almost immediately after his 1997 Masters win is the type of move a mere mortal wouldn’t even contemplate let alone attempt.  To be able to play the best golf of his life while his private life was unraveling behind the scenes was beyond remarkable.   His ability and determination to play through pain is mind boggling.

Tiger’s fall from grace has been well covered, and the stories are well told and set in context here – painting a clear picture of how Tiger managed to remain on the top even when he knew tabloids were on to his affairs.   His attempts since that fateful Thanksgiving to rebuild his career are set out in the last section of the book.  It seems that his DUI arrest and worldwide humiliation in 2017 has proved a catalyst for some actual changes in Tiger – which have coincided with improved health helping him to play golf again.  The book left me hoping that this redemption is real, and long lasting.

It was welcome to see a detailed discussion on the possibility of Woods using Performance Enhancing Drugs – no athlete with such an impressive physique and connections to dodgy doctors should be above suspicion.   There is only so much the author’s can say without any substantial evidence but it does highlight the need for better testing in professional golf.

I was disappointed to see such little focus on team events like the Ryder Cup (less than a page) although maybe that’s a sign of how little the event meant to Tiger relative to individual honours.

Tiger’s story has always been about the golf first and foremast.  The celebrity off the course has always been secondary to the magic and drama of watching Woods at his best on the big occasion.  One passage best sums up Tiger and the world’s attitude towards him – “As a human being, he might not have been lovable – or even likable –but as a performer he possessed unsurpassed talents that he honed through a lifetime of practice .  On a Sunday afternoon, he shared his gifts with millions enabling them to forget reality and vicariously experience thrills that were more exhilarating than anything felt in a church pew.  Golf had never meant so much to so many”.

The book is well written and very enjoyable.  At times depressing, it is never anything but compelling. Highly recommended.