The Team That Jack Built was first published in 1994 shortly following Ireland’s second appearance in the World Cup finals – a level Ireland have only once returned to.

This isn’t a book about Ireland’s performances in the three major tournaments that the team played during Jack Charlton’s reign.  Indeed, the actual games at Euro 88 are covered in less than a page. Instead is about the how – how did Ireland go from nearly-rans to qualifying for back to back World Cups.  The book is all the better for the focus on the off-field aspects.

Rowan recounts the series of managers who had led the Irish team prior to Charlton’s appointment and this third of the book was really interesting for me as someone who was too young to remember any of the pre-Charlton era. Rowan also entertainingly details the backroom shenanigans in the FAI.  The constant jolies to Poland, the bizarre voting process and the battles with the players over money and endorsement rights.   Rowan paints a picture of the FAI that is not flattering and will be depressingly familiar to Irish fans of any era.

The highlight of the book is when Rowan lets Charlton describe his tactical approach in his own words – its a great, simple overview of the style which brought great success while boring the rest of the world. 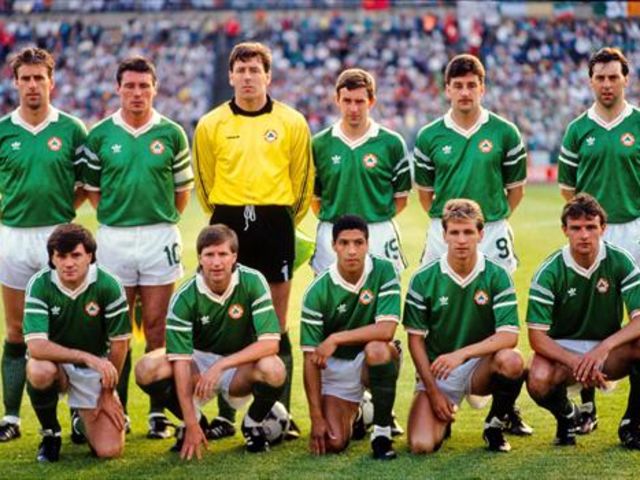 The main issue addressed in the book is FIFAs laws of eligibility -allowing non-Irish-born players to qualify for the Irish team because Ireland was the birthplace of a parent or grandparent.  Rowan addresses the conflicting views that Ireland had (and largely still has) about our relationship with the Brits and the Irish diaspora that identifies as both British and Irish.  He doesn’t come down on either side – but it is interesting to see how open many of the players were about England being their first choice.  It remains a highly relevant issue when we see players like Jack Grealish switch back to England, and fans fretting over whether Declan Rice would follow suit.

Overall, The Team That Jack Built is a hugely interesting, entertaining and well written account of the Irish football team in the 30 years leading up to 1994.  Its the off-field story of how a team built around the Irish diaspora came together under a charismatic manager to really shake ’em up.